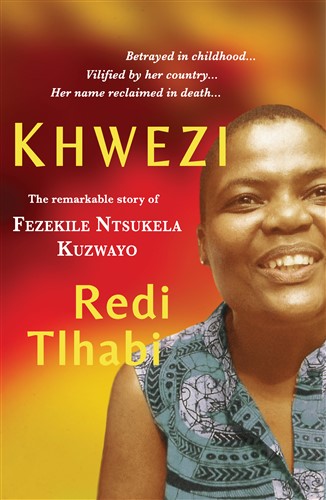 In August 2016, following the announcement of the results of South Africa’s heated municipal election, four courageous young women interrupted Jacob Zuma’s victory address, bearing placards asking us to ‘Remember Khwezi’. Before being dragged away by security guards, their powerful message had hit home and the public was reminded of the tragic events of 2006, when Zuma was on trial for the rape of Fezekile Ntsukela Kuzwayo, better known as Khwezi. In the aftermath of the trial, which saw Zuma acquitted, Khwezi was vilified by his many supporters and forced to take refuge outside of South Africa.

Ten years later, just two months after this protest had put Khwezi’s struggle back into the minds and hearts of South Africans, Khwezi passed away … But not before she had slipped back into South Africa and started work with Redi Tlhabi on a book about her life.

How as a young girl living in ANC camps in exile she was raped by the very men who were supposed to protect her; how as an adult she was driven once again into exile, suffering not only at the hands of Zuma’s devotees but under the harsh eye of the media.

In sensitive and considered prose, journalist Redi Tlhabi breathes life into a woman for so long forced to live in the shadows. In giving agency back to Khwezi, Tlhabi is able to focus a broader lens on the sexual abuse that abounded during the ‘struggle’ years, abuse which continues to plague women and children in South Africa today.