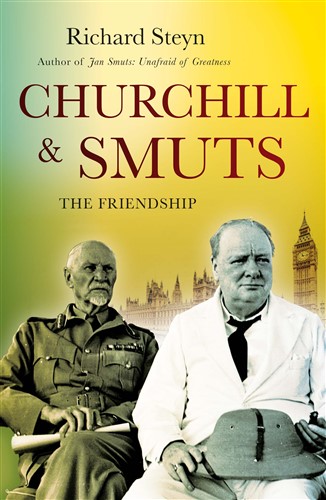 Churchill and Smuts: The Friendship

The remarkable, and often touching, friendship between Winston Churchill and Jan Smuts is a rich study in contrasts. In youth they occupied very different worlds: Churchill, the rambunctious and thrusting young aristocrat; Smuts, the aesthetic, philosophical Cape farm boy who would go on to Cambridge. Brought together first as enemies in the Anglo-Boer War, and later as allies in the First World War, the men forged a friendship which spanned the first half of the twentieth century and endured until Smuts’s death in 1950.

Richard Steyn, author of Jan Smuts: Unafraid of Greatness, examines this close friendship through two world wars and the intervening years, drawing on a maze of archival and secondary sources including letters, telegrams and the voluminous books written about both men.

This is a fascinating account of two remarkable men in war and peace: one the leader of the Empire, the other the leader of a small fractious member of that Empire who nevertheless rose to global prominence.